You’ll fall in love with Romania’s beauty straight away

You’ll fall in love with Romania’s beauty straight away and if you’ll want to discover it all, you’re gonna need more than just one visit. Still, this tour will be more than enough to satisfy your craving for the beautiful: remarkable architecture, natural wonders, unforgettable places and spectacular sights. 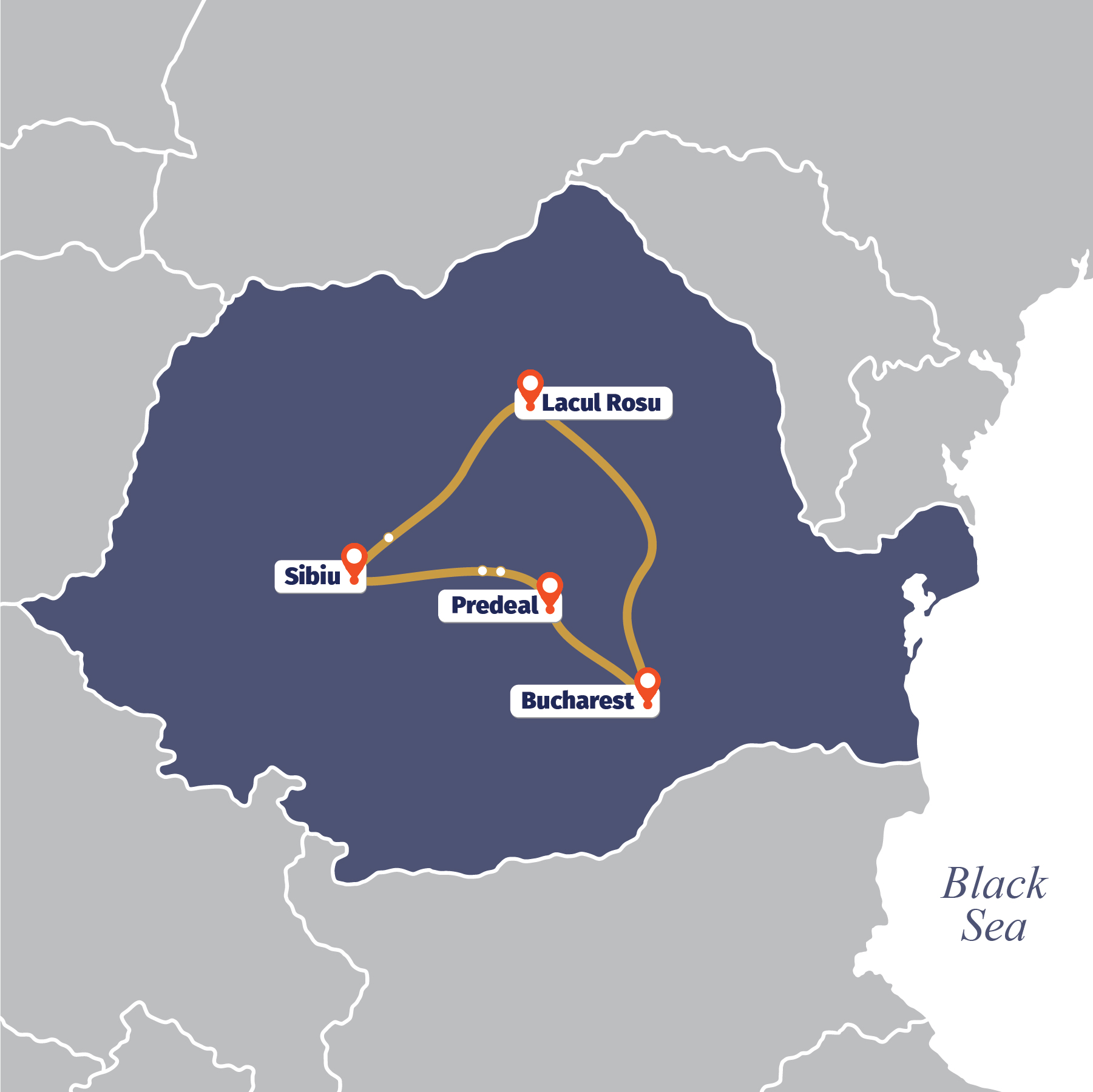 Arrival in Bucuresti, capital of Romania, a city with a unique, eclectic, funky, dynamic vibe. This is due to the fact that it’s a place of stark contrasts, a place where EU values meet the spirit of the Balkans, a place that was a century ago called the Little Paris but has become the New Berlin. București is a city riddled with a number of terrific museums, beautiful and contrasting architecture, and flourishing nightlife. Transfer from the airport to the hotel. Depending on the flight schedule you will be able to enjoy half a day sightseeing. We have prepared a tour that will offer you the chance to get the flavor of the capital, and to experience the most significant sights: to stroll leafy parks, walk bustling boulevards, take in the Belle Époque architecture, have a break in one of many laid back coffee shops, and tour the Palace of Parliament, the largest administrative building in the world. (D)

After breakfast, we will leave București behind and drive to Bran. The first part of the day is dedicated to meet the legend of the dark prince, Dracula. We will try to find him in his Castle, the Bran Castle which is one of the most visited sightseeing in Romania. The romantic castle, which in the inter-war was the residence of the Romanian Queen Maria, is now a museum. Drive to Zarnesti to visit the Bear Sanctuary where we can visit the rescued bears from all over Romania, you can even adopt a bear 😊

Back to Predeal, we’ll arrive to our hotel in the evening. (B/D)

In the morning we will go to Brasov. Nestled in the midst of tall mountains and playing host to one of the country’s most well preserved baroque city centers, this beautiful Transylvanian town is the most visited city in Romania, after Bucharest. You’ll enjoy a stroll around the old town, where we are going to visit the Black Church, the Rope Street, one of the narrowest streets in Europe, the city gates. Free time for lunch and shopping. Drive to Prejmer – included in the 25 UNESCO World Heritage Sites in Romania. The largest fortified church in southeastern Europe, Prejmer was built by Teutonic knights in 1212-1213.The powerful surrounding walls are 40 feet high and 10-15 feet thick. Historical records attest that in its 500 years of existence, the fortress was besieged 50 times.

We remain in the same medieval feeling and visit Feldioara Citadel also known as the Teutonic fortress, is the oldest fortification in Barsa Land and it was officially attested in 1225. It was founded by the Teutonic knights between 1211 and 1225 and transformed into a peasant citadel later on in 1457. Return to Predeal for accommodation and a festive traditional folkloric dinner (B/D)

After breakfast we will go in a truly adventure getting to know some of the hidden gems of Transylvania. We will start with the Sinca Veche Temple Cave. The mysterious cave on the outskirts of the Romanian village of Sinca Veche goes by many names. “The Sinca Veche Temple Cave,“The Monastery,“The Temple of Destiny,” but no matter what you call it, the origins and purpose of this underground chapel is just as enigmatic. While the original builders of the Sinca Veche monastery cave are unknown, the site has been dated to around 7,000 years old. Regardless of who originally built out the space, it has been home to several different religious tenants, as evidenced by the strange mélange of disparate religious symbols that have been carved into the walls of the temple. You can find a Star of David here, a Chinese yin-yang symbol there, but strangely no Christian crosses, even though there is other evidence of Christian habitation. The monastery is composed of nine different rooms, two of which act as separate chapels. Light enters the cave from a series of low windows and tall, chimney-like skylights.

Drive to Ohaba Old Mill on Water where you will visit an old water mill which is still used nowadays by the locals and for those who prefer the old way of grinding wheat. Find out the fantastic stories of wheat grinding from the mill owner. The family is maintaining the water-powered mechanism for many generations, so they are the best to tell the secrets of this place.

Drive to Fagaras Citadel Built in 1310 on the site of a former 12th century wooden fortress (burned by the Tartars in 1241), Fagaras was enlarged between the 15th and 17th centuries and was considered one of the strongest fortifications in Transylvania. The fortress was surrounded by a deep moat which, in times of war or social unrest, could easily be filled with water from a nearby mountain brook. A bridge over the moat provided the only access point. The fortress boasts three floors and five towers.

We will continue this magical day with a stop at the Clay Castle situated in the Valley of Fairies – a true Modern Castle – A Romanian couple have spent two years building an eco-friendly “fairytale castle” in the mountains of Transylvania, using only natural materials; it is made of “100% organic” clay, straw and sand, with all wooden pillars and not a lick of modern paint or varnish. Arrive in Sibiu for dinner and accommodation (B/D)

In the morning, we will discover the beautiful medieval city of Sibiu. The original powerhouse of Saxon Transilvania, Sibiu or Hermannstadt is the former European Capital of Culture and Romania’s cultural gem. Wonderful squares with unique architecture, gorgeous cobbled-streets, fine museums, captivating old churches, and a number of notable festivals, make Sibiu one of the country’s most alluring destinations. You’ll enjoy a walking tour of the city’s historic center, dating from the 12th century.

Afterwards, we’ll take a scenic drive to Sighișoara, the best-preserved and continuously inhabited medieval city in Romania. Here you will feel like you’ve flung back history’s curtain, and stepped back in time, and to some extent you have. You will enjoy a walking tour of the. In the afternoon we will visit the Praid Salt Mine which has a microclimate, with an average temperature of around 16° C, rich in ozone. The Praid Salt Mine is like a completely different underground world, 50 levels, around 120 meters, above the surface. Tourists are being transported to the center of the mine with buses down a 1.2 km long tunnel. The visiting level, which is a decommissioned gallery of the mine, is like a self-supporting village, with illumination, Wi-Fi, television, playground for the children, amusement places, ecumenical chapel, coffee shop, 3D cinema and a naturist drugstore. The road will pass us through the Gorges of Bicaz. The gorge twists and turns steeply uphill, cutting through sheer 300 meter high limestone rocks, on its journey through the mountains.  Arrival in Lacu Rosu for dinner and accommodation. (B/D)

Today we will take a walking tour so we recommend to use a proper equipment. Tinovul Mohoş (“Moss Lake”) is a swamp with an area of ​​80 ha formed in a volcanic crater in the Ciomatu Massif. The respective crater is double, the first depression hosting the lake Saint Ana and the second the den. The first to erupt was the crater with the tarmac, it calmed down and a lake formed. A little later, the crater next to it erupted and the discarded ash reached most of the lake, which it clogged almost completely and favored the development of peat moss. Currently the lake is a moss lake with some water. It is interesting that the ecosystem that was formed here allowed the development of some plant species – poisonous, hallucinogenic, or carnivorous (some unique in Romania). The look is very strange. The “lake” is covered by a forest of Pinus sylvestris whose height is inversely proportional to the thickness of the peat layer. When it rains, the peat layer acquires the properties of a sponge and can become dangerous, which is why moving on a wooden walkway. The wooden walkway leads to two water holes that are left of the old lake and which will also be slowly filled. The water of the two lakes is almost black due to the peat. Due to the existence of rare species of relict type (reed, cotton, sedge, wicker, dew) the peat bog was declared a monument of nature.

Breakfast and free time to explore the surroundings and we will go visit the Royal cellars in Azuga, the only Royal Cellar in Romania, where we will have an amazing champagne tasting. After that we will remain in the royal spirit and continue to Sinaia, an elegant mountain resort that prides itself with Romania’s most fabulous palace. Once the summer retreat of Romania’s first king, Carol I, Peleș Castle is a dream of hidden passages, fairy-tale turrets, and dizzying galleries. It is the very first European castle to have central heating, electricity, and vacuuming. In the afternoon, we’ll arrive back in Bucharest. By the time evening will start to fall, you’ll be enjoying a festive dinner in a traditional Romanian restaurant, with great dishes, drinks, folk music and dances, that, by now, you’ve already fallen in love with. (B/D)

This is a last opportunity for sightseeing and shopping (of your own arrangements) in Bucharest. Transfer to the airport for your flight home. 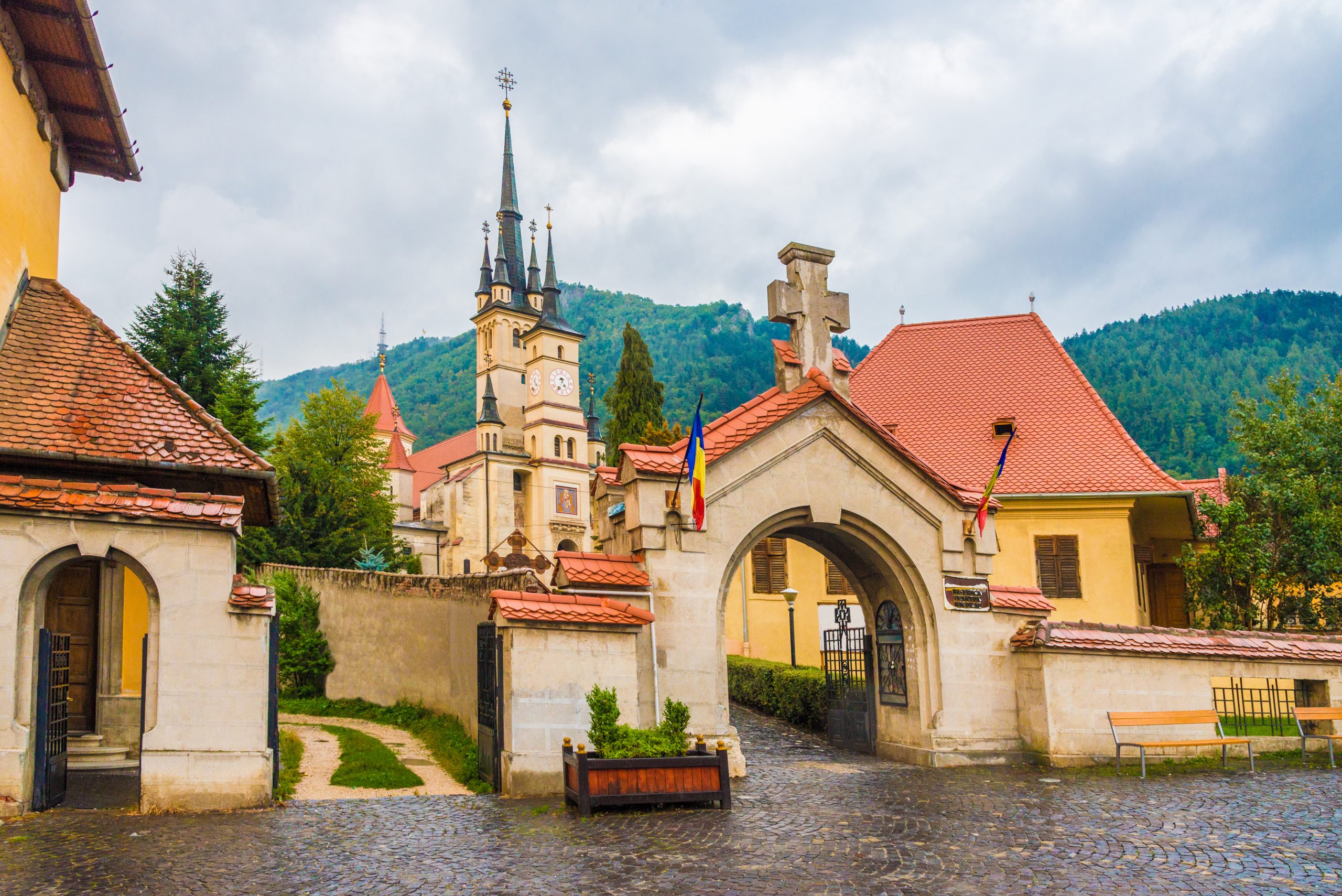 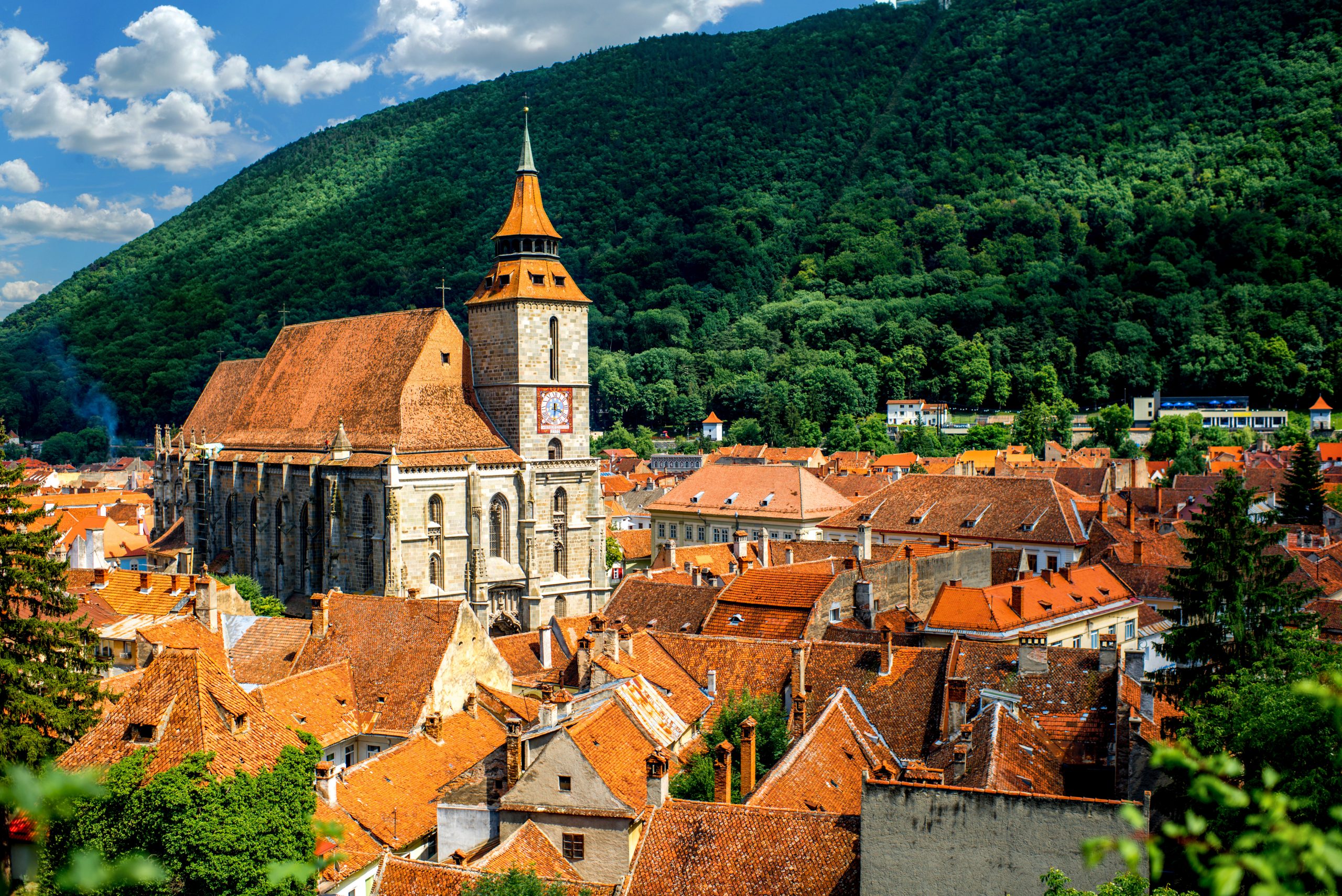 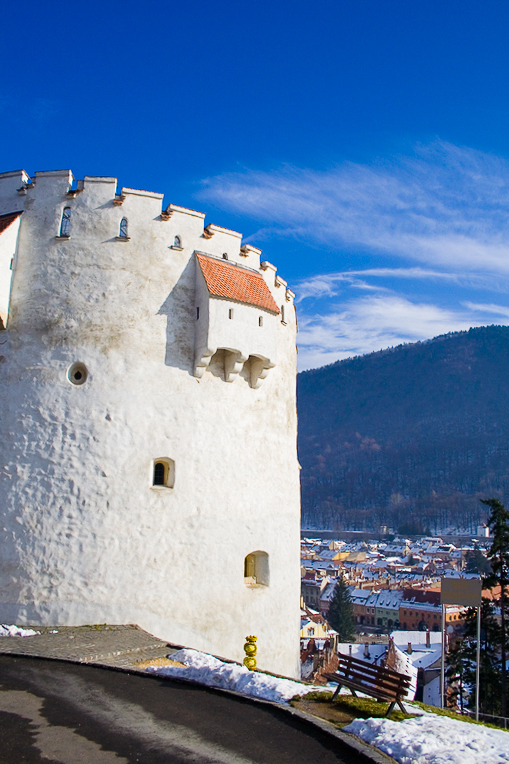 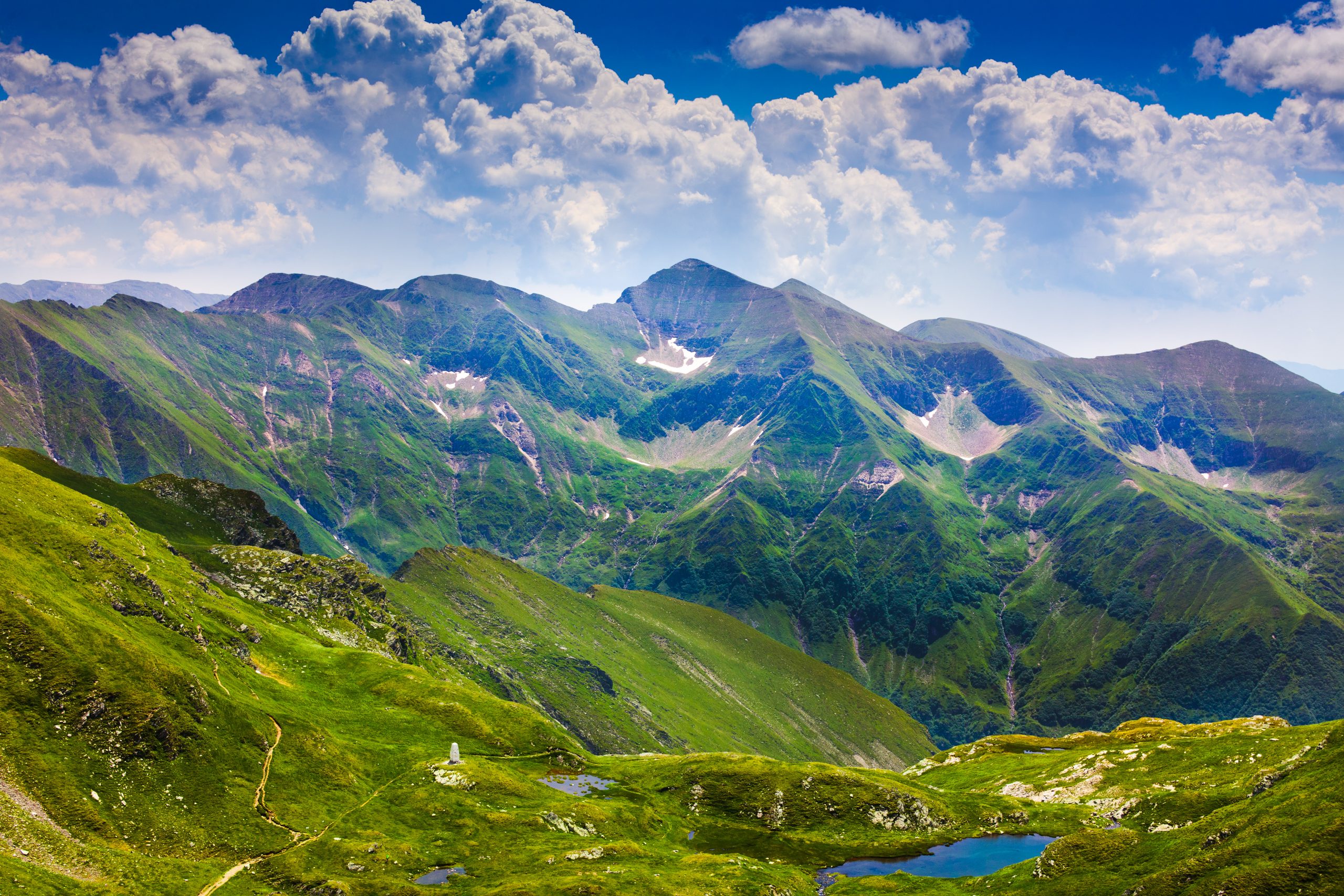 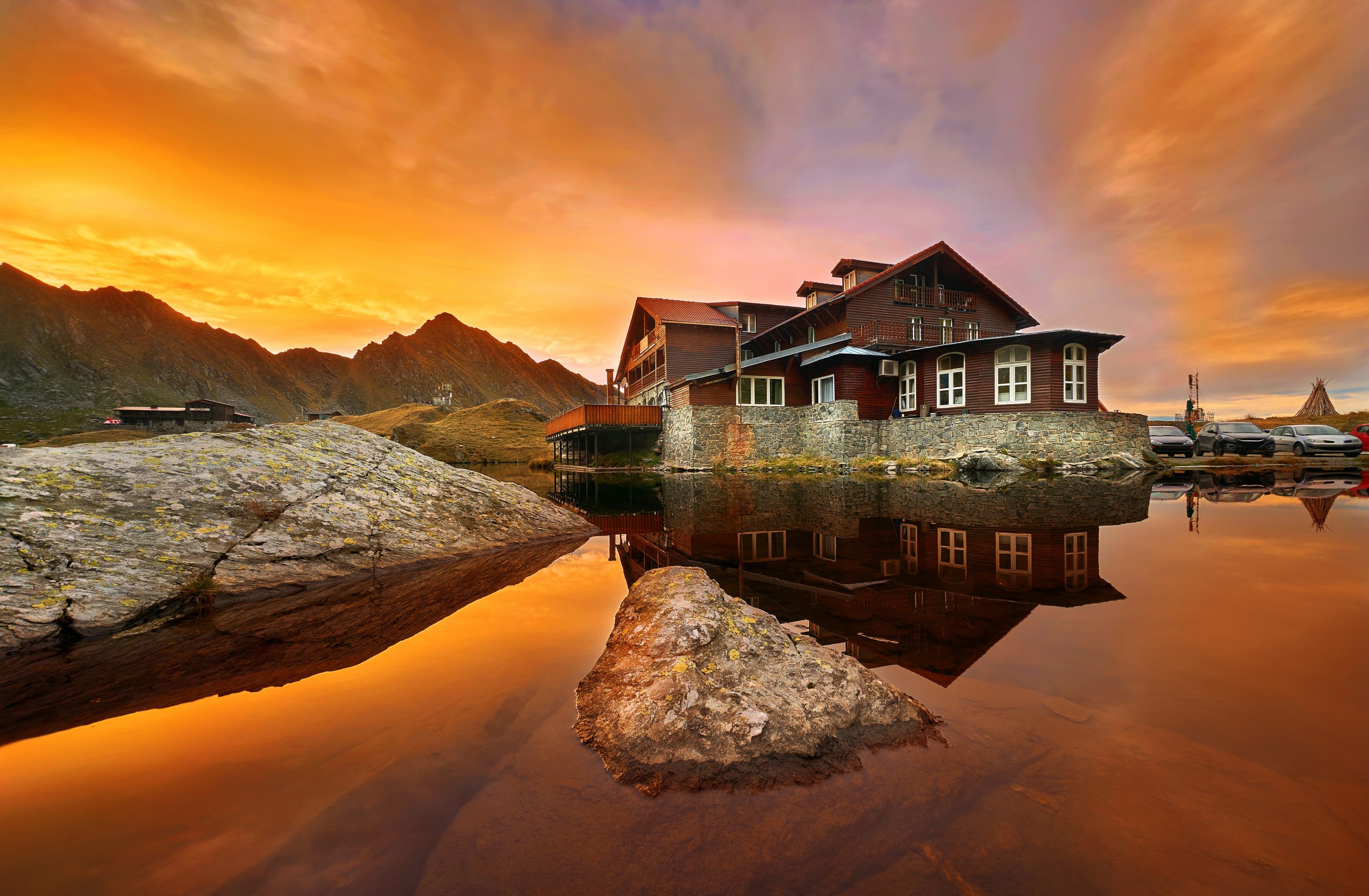 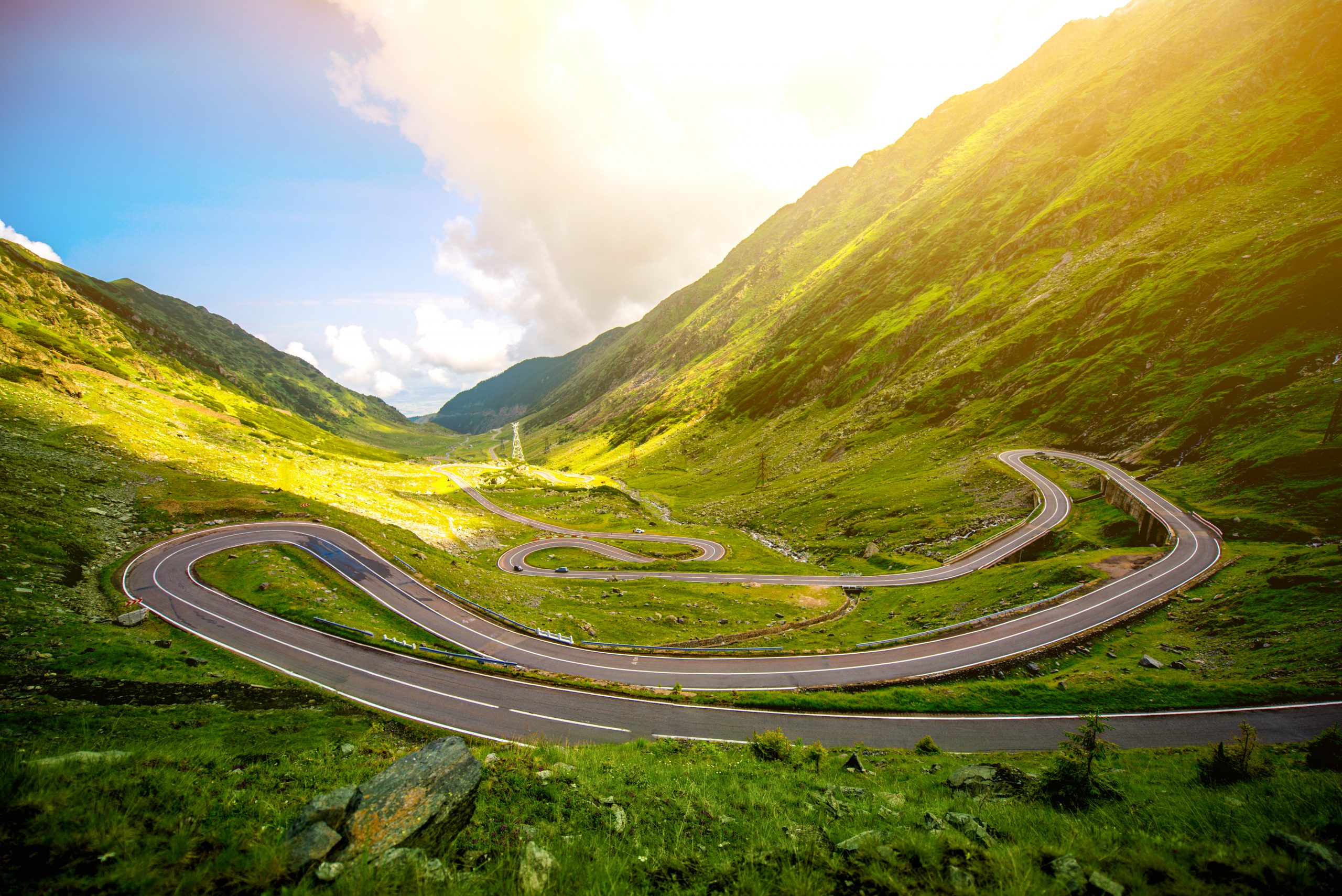 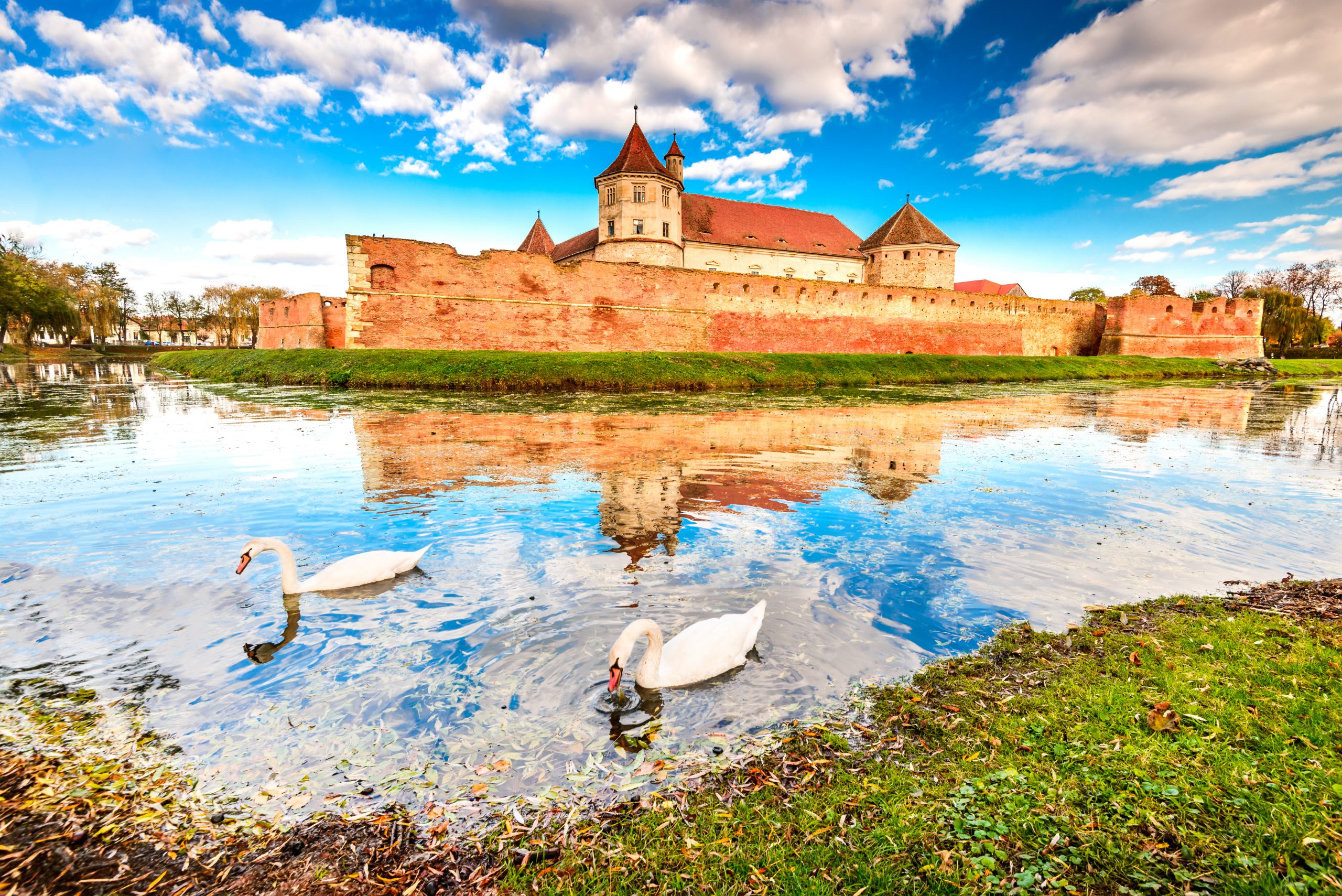 Be the first to review “HIDDEN GEMS OF ROMANIA” Cancel reply